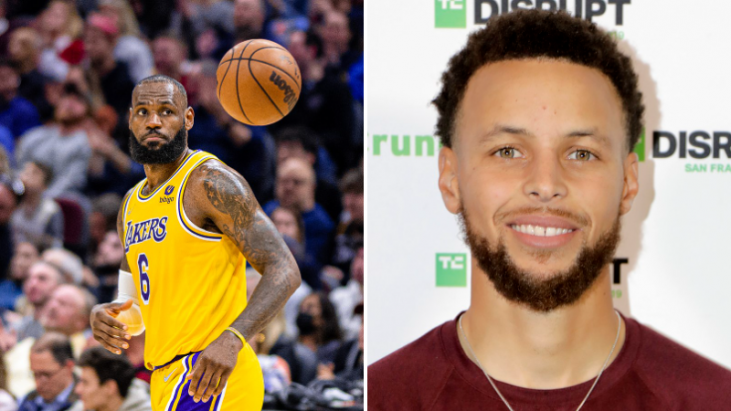 Golden State Warriors star guard Stephen Curry is not completely fond of the plan if he has to team up with Los Angeles Lakers superstar LeBron James one day. Although James is highly interested, unfortunately, the feelings are not mutual between them.

The rivalry between Curry and James dates back to the 2015 NBA Finals when the Warriors knocked off the Cleveland Cavaliers to deliver the franchise’s first title since 1975. At that time, James was still with Cleveland. However, in February, during the All-Star Game, the two seem to bond pretty well.

“Steph, come on, man, this guy is from a different planet,” James said post the All-Star game around the end of February. “He literally has an automatic sniper connected to his arm, and when he lets it go, not only himself but everyone on the floor, in the stands, on TV, on their phones, thinks it’s going in every time.”

“And nine times out of 10, sometimes 10 times out of 10, it does go in. So to be out there and watch that kid from Akron shoot the ball the way he shot it, it was unbelievable. It was pretty cool,” James added.

Curry scored 50 points that night for Team LeBron with an All-Star Game-record of16 3-pointers, and James hit the game-winner. Curry received the MVP award after that game. Following the winning game, it might sound questionable about Curry’s “I’m good right now”, referring to James’ unofficial invitation for future cooperation.

Steph on LeBron showing interest to play with him:

Despite the Lakers’ struggles during the regular season, LeBron James still got his spirit in the NBA. In a conversation on HBO’s The Shop recently, the four-time NBA Champion indicated that Curry is one of the players he would most want to suit up with.

“Steph Curry is the one I want to play with, for sure, in today’s game. (He’s) lethal, man,” James said.

Previously, the 18-time NBA All-Star also admitted, aside from Curry as an active player, the Hall of Famer puts his son atop his list if he has a chance to do “whatever it takes” to play with his son, Bronny James.

“My last year will be played with my son,” James said. “Wherever Bronny is at, that’s where I’ll be. I would do whatever it takes to play with my son for one year. It’s not about the money at that point.”

With that being said, James got a response from Curry.

“Well, he’s got his wish. When he’s the captain he’s picked me the last two All-Star games. I don’t know if that suffices, but I’m good right now,” Curry responded when he heard James’ comment during an appearance on 95.7 FM on Wednesday afternoon.

“Phenomenal,” Curry said when James picked Curry for his All-Star team the past two seasons. “I don’t know if that suffices, but I’m good right now.”

The three-time NBA champion continued, “I’m good right now. I mean, whenever you get the interest or the curiosity, what it would be like to play with arguably an MVP kind of caliber dude like he is, one of the greatest of all time, cool, it’s amazing. We often live in that fantasy world.”

It’s a shame if Curry is not interested in the collaboration. Meanwhile, the pairing could have been something that fans would love to see.