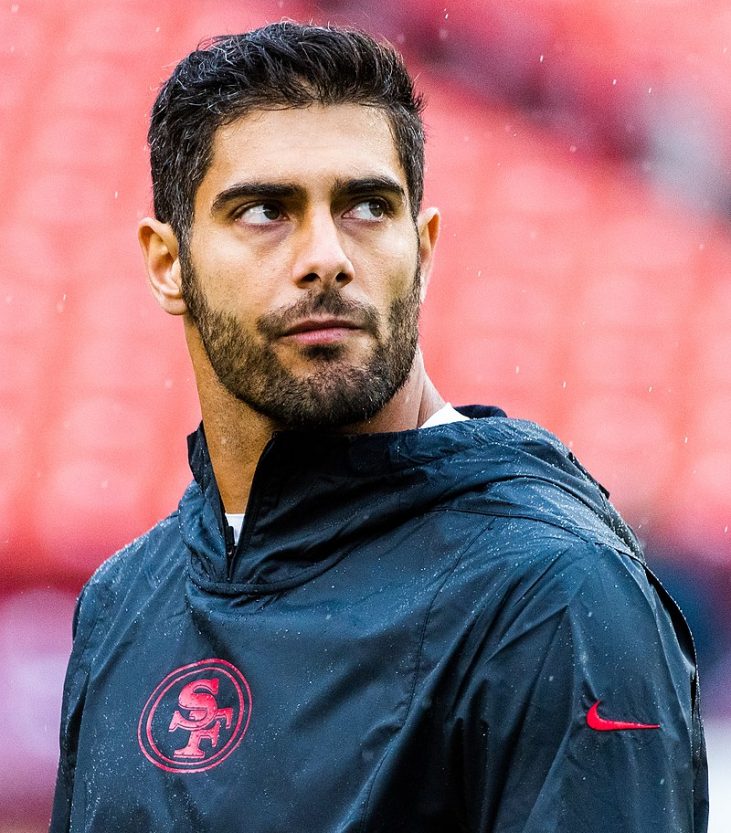 The news cycle looms around Jimmy Garoppolo following his successful surgery on March 8 to repair an injury on his throwing shoulder. While quarterbacks like Deshaun Watson, Matt Ryan, and Carson Wentz all got traded, Garoppolo remains with the 49ers because the team has yet to find a trade partner.

The biggest potential of this situation is believed to be caused by his history of injuries, although according to Dr. Christopher Emond, an orthopedic surgeon said that the quarterback’s surgery would not have a significant impact on his career in football.

“It wouldn’t be outlandish for him to be ready by the first or second preseason game in August,” said Dr. Emond. However, that does not necessarily mean that Garoppolo will lose his original skills, though some physical sustainability might be impacted.

In terms of strategy and field knowledge, Jimmy G has been in the NFL since 2014, starting with the New England Patriots. He has won two Super Bowl rings as well in 2015 and 2017. Perhaps, teams aren’t considering trading Garoppolo because of other reasons aside from health.

Earlier today, we looked at what the 49ers may do with Jimmy Garoppolo. There’s a belief that, due to his recent shoulder surgery, their only option will be to cut him. https://t.co/xtCHUQgJbH

Throughout the eight years of his career with the Patriots and the 49ers, the 30-year-old has a 67.7 completion rate. He has run for 11,852 yards and made 71 touchdowns and 38 interceptions. He is rated at 98.9. Obviously, this means that he is not a poor-averaged player at all.

The 49ers has not found him any trade partners. While the former Patriot (and possibly soon to be a former 49er as well) is still recovering, the Niners general manager John Lynch and coach Kyle Shanahan vowed to do right by sending the quarterback to a place where he could win. Unfortunately, with the trade draft closing in, it looks harder for the 2013 Walter Payton Awardee to find his next home.

On Saturday, Mike Florio of Pro Football Talks reported that “No one will trade for a quarterback with a $25 million compensation package after he underwent surgery to repair the labrum in his throwing shoulder, the source explained.”

“Throw in the fact that Garoppolo had the surgery without consulting with the 49ers,.. interested in Garoppolo very leery.”

Sources predicted that if the new team is not found soon, the 49ers might be forced to cut Garoppolo. Florio noted that with the cut, the team will gain more than $25 million in salary-cap space, with $1.4 million in dead money.

Meanwhile, the Indianapolis Colts, who in the last time seemed to be the most ideal place where Garoppolo can land, reported isn’t interested in the quarterback.

“I’m told that Indy didn’t have substantive talks with the Browns on Baker Mayfield or the 49ers on Jimmy Garoppolo in its quarterback search,” ESPN’s Jeremy Fowler reported on Wednesday. “In fact, the Colts heavily weighed the free-agent option, knowing they wouldn’t have to relinquish a draft pick to get a starter.”

As of Saturday, Seattle Seahawks and Carolina Panthers are still in need of a quarterback. The Seahawks might make more sense from a team-fit overview, but it seems unlikely that the 49ers NFC West rival will help unload Garoppolo. Meanwhile, given the Panthers’ lack of 2022 draft capital, it is difficult to see a deal with Carolina’s financial deficit at the moment.

The Illinois-born player is stuck in neutral for the time being. There might not be any movement on the trade, reports believed, at least until the training camp begins in mid-July.

The Seattle Seahawks are a professional American football team based in Seattle, Washington. The Seahawks compete in the National Football League as a member club of the league’s NFC West, (wikipedia)