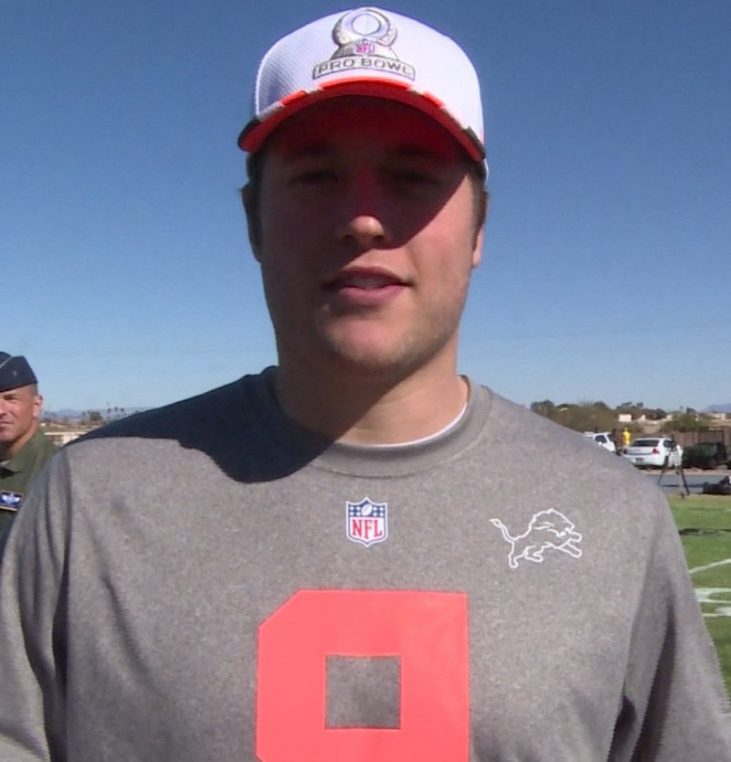 Following the Los Angeles Rams winning season campaign, quarterback Matthew Stafford realizes that he has been giving the Rams a slight cut regarding his deal. The 34-year-old admitted that he was not aiming for more dollars this time, but more rings.

After the trade of Mitchell Trubisky to the Pittsburgh Steelers, Carson Wentz to the Washington Commanders, Russell Wilson to the Denver Broncos, and the most recent one, Deshaun Watson to the Cleveland Browns, the Rams announced on Saturday that Stafford will be staying with the team for the upcoming four years on a $160 million extension contract. In addition, the deal includes a $135 million guarantee.

Jourdan Rodrigue of The Athletic reported in early March that Les Snead, general manager of the Rams, considered claiming Stafford with the team a priority. Thankfully, the team was able to convince him to “run it back” with them.

After 13 NFL seasons with just one season with the Rams, Stafford is cashing in. Although he recognized the absurdity of considering the deal and a reported $60 million signing bonus to be some sort of discount, he is aiming for more rings than dollars.

NFL Network Ian Rapoport reported that Stafford “took less than he could’ve to help build on a Super Bowl-caliber team.” Stafford’s decision may be seen as generous, considering that he stood up for his team rather than money.

The 2014 Pro Bowler admitted that being with the Rams is another big opportunity to repeat Super Bowl-winning history.

“I think it was just the right time and the right place to do something like that,” the Super Bowl Champion said on Monday via ESPN. “I think it’ll work out for the best for all of us, which I’m excited about.”

“I just had so much fun playing with this team this year, playing for this organization, this coaching staff,” said Stafford. “I wanted to make sure that I was able to do that for a long time.

The Rams and Stafford have mutual interests in each other. Meanwhile, Stafford knows that this season will not be the same bearing in mind that the Rams lost three defensive starters, Andrew Whitworth who just retired, Von Miller, and Robert Woods.

“I know what the future looks like for me and for our team,” Stafford said. “So it’s an exciting thing to know where you’re going to be, be able to put some roots down and really go try to make something really special for a while.”

Referring to his strong belief in the Rams, Stafford knows that the feelings will not be the same. After Whitworth’s retirement, the Rams starting offensive linemen and cornerstone receiver Robert Woods will be traded to the Tennessee Titans and replaced by Allen Robinson to a three-year deal.

Meanwhile, Von Miller has been traded to the Buffalo Bills. However, the Rams still have Super Bowl LVI Most Valuable Player ﻿Cooper Kupp﻿. Hopefully, the Rams can repeat history and did not fail on Stafford’s expectation of the team, as does Robinson.

“It’s a special opportunity to be amongst this group coming off a Super Bowl run. A team that’s contending, with them coming off the Super Bowl and being able to make another Super Bowl run, that’s why I’m here,” said Robinson.

John Matthew Stafford is an American football quarterback for the Los Angeles Rams of the National Football League . He played college football at Georgia, where he was a first-team All-American, (wikipedia)