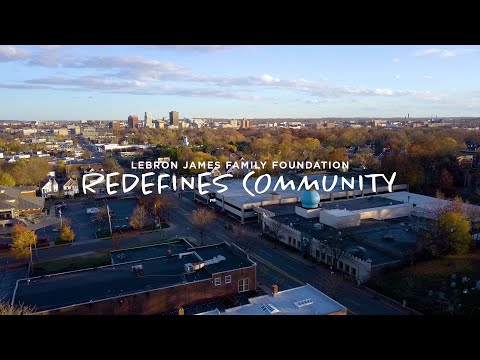 Though no one knows what the future might hold, Los Angeles Lakers star forward, LeBron James is certain of what he wants for the next chapter of his career. As he prepares to captain Team LeBron against Team Durant in the 71st All-Star Game at Rocket Mortgage FieldHouse on Sunday, LeBron expressed his wish to play with his son, Bronny James, in his last NBA season.

The King. The Land. The Return (again)?

“The door’s not closed on that.” — @KingJames

King James has played for three different teams, the Cleveland Cavaliers where he played from 2003 to 2010, then the Miami Heat from 2010 to 2014. The Akron, Ohio native returned to Cleveland in 2014 to bring the NBA championship in the 2016 season, and in 2018, he decided to sign with the Los Angeles Lakers.

Currently, in the first year of a two-year contract, the four-time NBA champion has an $85 million deal where he signed in the middle of last season with the Lakers. He will be a free agent the next season.

When asked about a potential third return to the Cavaliers, James said “the door’s not closed on that,” on Saturday. “I’m not saying I’m coming back and playing, I don’t know. I don’t know what my future holds. I don’t even know when I’m free.”

The 37-year-old told the media that he is not interested in taking pay cuts at the moment once his contract is up, but he is willing to make exceptions if it was right. The exceptions could have something to do with his son, Bronny.

During an in-depth interview with Jason Lloyd of The Athletic, LeBron admitted that he is not currently thinking about the return to Cleveland more than he should as he is still in contract with the Lakers. However, despite his passion to win the fifth NBA championship through next season, the 18-time NBA All-Star has one goal, to play with his son.

“My last year will be played with my son,” James said. “Wherever Bronny is at, that’s where I’ll be. I would do whatever it takes to play with my son for one year. It’s not about the money at that point.”

LeBron is fully aware that the Lakers declining performance could close out his opportunities to his Hall of Fame career. Perhaps, returning back to Cleveland could turn it around in a pairing with Evan Mobley who is emerging as an NBA star, and teammates Jarrett Allen and Darius Garland who earned All-Star Game selections this season.

LeBron went into great detail discussing the Cavs’ turnaround and roster. We discussed why he left again in 2014. And we talked about Bronny.

“I would do whatever it takes to play with my son for one year. It’s not about the money at that point.”https://t.co/cdg8RIoxZb

“I love the game of basketball. I love being a part of the NBA and being able to, to inspire … so many different sets of generations,” James said.

When James said generation, he probably infer this to his eldest son, Bronny James who is taking his father’s footsteps. Bronny, who is now 17, is a high school point guard at Sierra Canyon School in Chatsworth, California.

His performance got him 43rd ranked by ESPN in their 2023 class of 60 with a four-star rating. Bronny would be eligible to be drafted in the NBA in 2024 and LeBron will be 39 years old. This is the moment King James will be waiting for “whatever it takes” to be able to play in the field with his son as a teammate.

“Along that way, when you’re able to accomplish things individually then, at some point I guess have an opportunity to kind of sit back and think about it,” LeBron said.

According to reports, James’ second-born child, Bryce, 14, is similarly rumored to not fall too far away from the tree. He has already shown promising talents at the high school level, just like his father.

The Cleveland Cavaliers are an American professional basketball team based in Cleveland. (wikipedia)