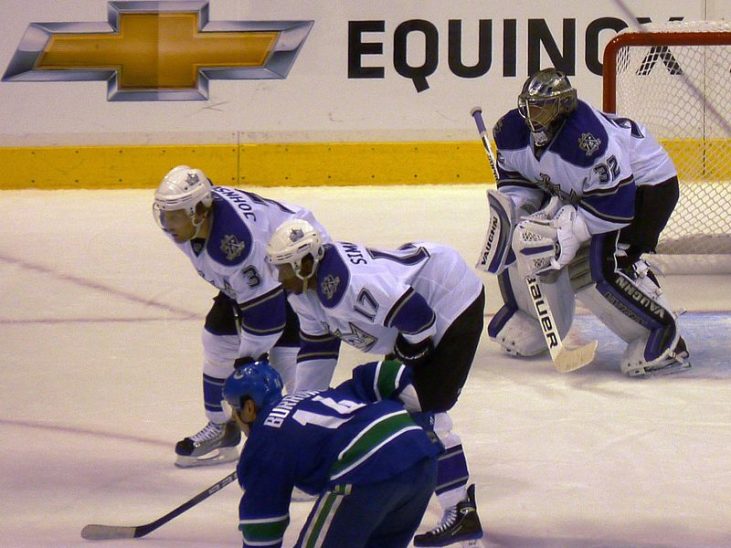 The Los Angeles Kings won a spot in the 2022 Stanley Cup Playoffs on Tuesday after the Vegas Golden Knights were defeated 3-2 in a shootout against the Dallas Stars.

The Kings advanced to the playoffs for the first time since being swept by the Golden Knights in the best-of-seven Western Conference First Round in 2018. They had not won a postseason series since a five-game triumph against the New York Rangers in the 2014 Stanley Cup Final when they claimed their second NHL title in three seasons.

After Kings defender Drew Doughty sustained a season-ending wrist injury against the Boston Bruins on March 7, The Kings lost 6-7-3 in the first 16 games but recovered to win five of the next six, including four in a row to seal a playoff spot.

The Kings, who will meet the Edmonton Oilers for the first round of the playoffs, were ousted in the first round by the Golden Knights in 2018. They had not won a playoff series since claiming the Stanley Cup against the New York Rangers in 2014.

“It’s been a long time coming,” said Kings head coach Todd McLellan. “I wasn’t here for the beginning of the journey, but from when I got on the bus until now, there have been ups and downs. But the plan has been really clear and the commitment to the plan has been strong.”

He also added that “nobody has wavered from it and that includes everybody from management to the coaching staff and in particular the players. They knew what they signed up for when it started”.

“It wasn’t always easy, but the four remaining Stanley Cup champs have committed to it and stuck to it.” continued. “Then, everybody else along the way found a way to contribute to get back here. It was by no means easy and we’d like to think we have a lot of miles left in that journey.”

The Kings came back to the playoffs with a well-balanced offensive attack, solid defense, significant contributions from developing rookies, and strong play from goalies Jonathan Quick and Cal Petersen.

Kings captain Anze Kopitar, who recorded 66 points (19 goals, 47 assists) in 80 games, was on pace to lead the Kings in scoring for the sixth consecutive season. Forward Adrian Kempe led the Kings with an NHL career-high 34 goals and 53 points.

Forward Phillip Danault achieved an NHL career-high w6 goals in his first season with the Kings after signing as an unrestricted free agent. His 50 points are three short of his career-high of 53 for the Montreal Canadiens in 2018-19.

Kings left winger Trevor Moore also established NHL career highs with 16 goals, 31 assists, and 47 points, while Viktor Arvidsson had a solid season after being acquired in a trade with the Nashville Predators on July 1, 2021, with 20 goals, his highest since scoring 34 in 2018-19.