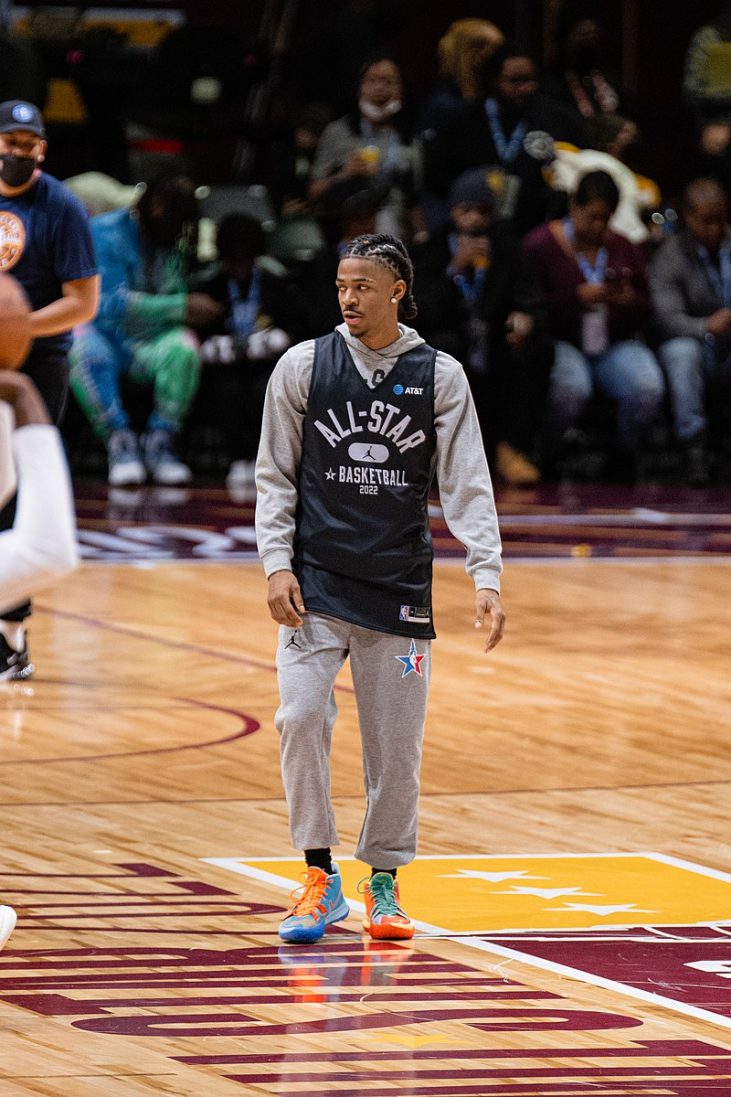 Game 3 of the NBA conference semi finals ended with the Memphis Grizzlies losing to the Golden State Warriors 142-112. The Memphis Grizzlies also had to lose one of their guards, Ja Morant, who walked off the court with a knee injury at 6:19 in the fourth quarter of the game and did not return.

Memphis said after the loss they were certain that Jordan Poole was to blame for Morant’s injury.

With a little below seven minutes remaining in the game, Morant was double-teamed by Poole and Andrew Wiggins at half-court. As Morant and Wiggins fought for possession, Poole was seen grabbing Morant’s right leg and yanking it backward. This play resulted in Morant’s injury.

Morant refused to talk to the reporters, but later that day, he tweeted, “broke the code”, referencing coach Steve Kerr, who said the same thing to Dillon Brooks, who hit Gary Payton II’s head in midair, which resulted in fractured elbow early in the game 2.

Poole also has made several comments regarding the incident. Poole insisted that he was “not even the type of player” who would purposely injure another player.

“It was a basketball play when we doubled him,” Poole said. “And I hit the ball, and I was going for the ball. I mean, obviously, you don’t want to see anybody get hurt. I’m not even that type of player. I respect everybody.”

“Hopefully he gets better and, you know, we can see him out there next game. I don’t even play like that for real. That’s not my type [of] game.”

“I was going for the ball. … I’m not even that type of player, I respect everybody. Hopefully he gets better, and we can see him out there next game.”

Jordan Poole on his incident with Ja Morant pic.twitter.com/9rbDxEbzag

With 6:55 left, Poole and Wiggins had Morant near half-court. Morant was sub out with 6:19 left as the Warriors leading 17 points.

Brad Botkin, CBS Sports Staff, speculated that When Poole knocked the ball loose, he grabbed anything he could get his hands on, which happened to be Morant’s knee, to stop him from recovering the ball. Additionally, Poole also did not grab Morant’s jersey, which would count as a foul. Still, however, he yanked Morant’s knee, which was also dangerous.

A suspension for Poole’s actions was hinted at initially by Grizzlies coach Taylor Jenkins, who indicated the Grizzlies would check into Poole’s action with the league. However, according to a story published on Sunday by The Athletic, the NBA will not take any action against Poole.

“We just watched the replay,” Jenkins said. “He was going after a dribble, and Jordan Poole actually grabbed his knee and yanked it, which kind of triggered whatever happened, so I’m actually going to be very curious what happens after that.”

There has been no indication that this incident was the cause of Morant’s injuries. Ja Morant has had issues with his knee throughout the playoffs, and other plays in Game 3 could have contributed to his discomfort.

None of this, however, appears to be deterring Jenkins from continuing to blame Poole’s act as the direct cause of Morant’s injury.

Players and staff members of the Warriors said they laughed off the notion that what Poole did might be called dirty play. No comment has been made on Poole’s actions since there was “nothing to comment on”.