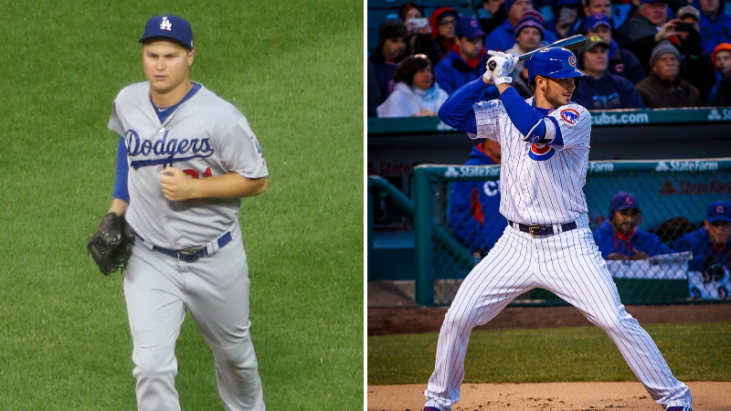 The San Francisco Giants continue to make moves to fill in on all the voids of their rosters following the lockout.

Previously, the Giants made their first big splash in the MLB free agency last week. According to ESPN’s Jeff Passan, the team secured left-handed starter Carlos Rodon on Friday and catcher Jose Godoy on Sunday.

On Wednesday, the team will reportedly set a deal with former Chicago Cubs outfielder Joc Pederson. Pederson’s contract would bring the 29-year-old back to the National League West crown. The deal covers a one-year deal worth $6 million, per Jon Heyman, MLB reporter.

Pederson started out as the Dodger’s starting center fielder in the 2015 season. He was then selected for the National League All-Star team.

A former Los Angeles Dodgers player, Pederson spent seven seasons with the team, where he won his first World Series championship. Last year, he had a .501 career slugging percentage and had played 412 games in center field. In the 2020 World Series, Pederson had four hits in 10 as the Dodgers clinched the title.

In 2021, he joined the Chicago Cubs in free agency. Shortly after that, he was traded to the Atlanta Braves, where he won his second World Series ring.

Considering his struggles in 2021 because he was a left-hander, his contribution was still notable. The 2015 All-Star was still an important piece to the Braves’ championship game. Across 137 games in 2021, the California-born outfielder slashed /.238/.310/.418 with 18 home runs and 61 RBI. Additionally, the 29-year-old is able to play both outfield corners and center in a pinch occasionally.

Pederson will join the outfield that currently consists of Mike Yastrzemski, Lamonte Wade Jr., Darin Ruf, and Austin Slater. There’s a bigger possibility that the Giants will play Pederson at the left-field.

Third baseman Kris Bryant and the Colorado Rockies are in agreement on a seven-year, $182 million contract, sources familiar with the deal tell ESPN.

The Colorado Rockies made a surprise splash in the free agency when MLB insider, Jon Heyman, tweeted about the Rockies’ retrieval with the Giants’ outfielder/ third baseman.

According to ESPN’s Passan, Bryant and the Rockies agreed to a seven-year worth $182 million deal. Multiple sources also reported that the deal also includes a full no-trade clause as long as the contract.

Losing the four-time All-Star will surely impact the team. However, there was a time when the Giants were rumored not thrilled with Bryant’s contribution.

Joc Russell Pederson is an American professional baseball outfielder who is a free agent. He has played in Major League Baseball for the Los Angeles Dodgers, Chicago Cubs and Atlanta Braves. (wikipedia)

Kristopher Lee Bryant , nicknamed “KB”, is an American professional baseball third baseman and outfielder who is a free agent. (wikipedia)