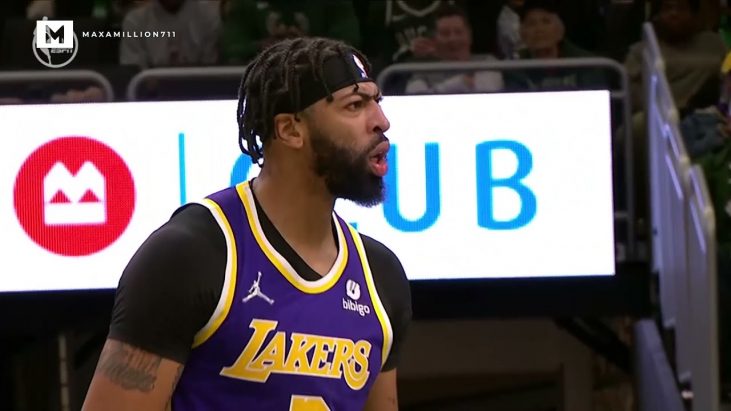 Following another 128-112 loss against the Golden States Warriors, the Los Angeles Lakers are officially off the playoff contention with two more games left. The Lakers are in the 11th seed in the Western Conference. Obviously, many are disappointed, including head coach, Frank Vogel.

“Extremely disappointed,” Vogel said. “Disappointed for our fan base. Disappointed for the Buss family, who gave us all this opportunity and we want to play our part in bringing success to Laker basketball and we fell short.”

After filling the 2021-22 season with the Russell Westbrook trade drama and injury reports from LeBron James and Anthony Davis, the team could officially be safe to say that they are horrible this season.

There are several reasons that many find contributed to this.

Lakers general manager Rob Pelinka may have sacrificed too much for the addition of Russell Westbrook and mediocre role players. Pelinka facilitated a trade with the Washington Wizards that sent Kyle Kuzma, Kentavious Caldwell-Pope, and Montrezl Harrell from the Lakers.

If the Lakers are hoping for a different outcome in 2023, then Pelinka will need to shake things up. A few draft night trades and key additions during NBA free agency would be a great start.

.@GetNickWright wraps a bow on the Lakers season…

Westbrook had a tough go of things in his first season with the LA Lakers. Aside from Westbrook, James and Davis were also absent from several games due to injury. LA’s big highlighted three: James, Davis, and Westbrook, played in just 21 games together last season.

“Feel like we had the pieces, but injuries got in the way of that. And that was the difference in the season. I think even though we lost games where all of us was on the floor me, Bron, Russ I think we’re three great players, but we would have figured it out if we logged more minutes together,” Davis said.

Frank Vogel and the Los Angeles Lakers might likely be parting ways this end season. The Vogel was made to be the scapegoat for the team’s struggles this season. Although it is not proven, the sports community has always wanted him gone.

In the scenario where Vogel is indeed fired, he could be replaced with two potential head coaches, the Philadelphia 76ers’ Doc Rivers and Utah Jazz head coach Quin Snyder.

Although James had an MVP-caliber season, and the time when he scored 56 points in one play, it was not enough to depend on only one person. Perhaps, the lack of chemistry could also be one of the things which contributed to the Lakers’ lack of quality.

Add to the injury-prone AD, the power forward and center could not help much in the season since he only played in 40 games this season. There are still plenty of holes to fill on their roster if the organization wishes to reconstruct its winning quality.

Reconstructing this squad with a lethal mix of youth, athleticism, and veteran leadership could be the goal for LA during the 2022-23 NBA year.