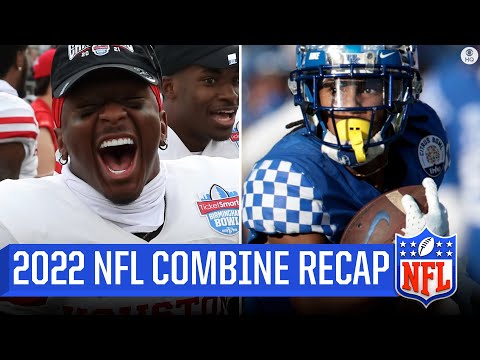 The NFL Scouting Combine will be held in Indianapolis on March 1-7, 2022 at Lucas Oil Stadium and in the Indiana Convention Center.

Every year, NFL Scouting Combine is held with excitement from NFL drafts who have trained for eight weeks but this year might be a different story.

Ian Rapoport reported that agents representing more than 150 draft prospects are on the verge of organizing a boycott of all testing, on-field workouts, and interviews at the NFL scouting combine.

It is believed that “If heavy bubble restrictions aren’t changed, sources tell me and @TomPelissero”, then agencies and players might opt-out from this event.

Agents representing more than 150 draft prospects are organizing a boycott of all testing, on-field workouts and interviews at next month’s NFL scouting combine if heavy “bubble” restrictions aren’t changed, sources tell me and @TomPelissero

The event was created back in 1982 and has been held in Indianapolis since 1987. This year, 324 prospective NFL players representing all position areas from 13 different agencies are invited to the event.

In the Combine, successful performances might boost a player’s draft position, but with poor performance or failed medical tests, it could backlash the players and send them off the draft board. In the end, the procedure will affect how much players will be paid in their rookie contracts.

On Saturday, 2022 NFL Combine participants were sent an email from the league. In the email lies some restrictions that every player is obligated to follow.

Some changes will be applied due to COVID-19 restrictions. This is what triggered the potential boycott from more than half of the NFL’s players in the combine. The changes include no in-person workouts, virtual interviews, psychological tests, and limited in-person medical tests.

Tom Pelissero believed that “Unless the NFL and the Combine agree to ease those restrictions — allowing players access to their full team of coaches, trainers, ATCs et al. as in past years,” many top agencies and players could walk out from this event.

NFL agents from all around the country are gathering together to discuss the best way to protest what they deem as unsuitable living conditions for the players in the Combine. The NFL sent out a memo that players are only allowed to visit the players’ hotel, the Crowne Plaza, and Lucas Oil Stadium, where the on-field workouts, medical evaluations, and some interviews occur.

Moreover, the restrictions also limit the number of people attending the combine with the players. The new guidelines only permit players to have one medical support person accompany them to Indianapolis, rather than the full team of coaches and trainers they reportedly desire.

No wonder it provoked many controversies noting down that NFL just had their Super Bowl in Los Angeles where there was no one wearing masks.

One agent from the discussion said “It’s pretty simple. COVID (restrictions should be) over. Don’t (punish) these kids.”

The NFL has been taking measures against COVID-19 but has not been consistent. They also should consider some top agents who may possibly opt-out because of the restrictions and respond to this matter anytime soon.

The NFL Scouting Combine is a week-long showcase occurring every February at Lucas Oil Stadium in Indianapolis, (wikipedia)